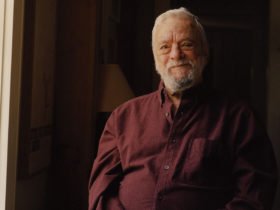 The French musician, and record producer, Madeon has teased his brand new upcoming single named ‘The Prince.’ Check out the announcement below.

The French DJ shared a cover art of the new single, and wrote the caption, “THE PRINCE, August 14th! Pre-save link in bio 👑.” The new single will be available on all streaming platforms on 14th Aug, next week.

You can pre-save the new single ‘The Prince’ by clicking here.

Based on the leaked video on Youtube, The rhythm and tone are virtually psych rock-esque, maybe evoking photos of a significant montage in some deeply emotional movie. It’s wildly completely different than anything on Good Faith, other than the vocal processing.

On 29th July, Madeon released a new music video for “Miracle,” where we can see the look of Game of Thrones.

Madeon said that on twitter, “A few months ago, while I was on tour, Lena Headey reached out about making a video for Miracle. Maisie Williams quickly joined (they had both met on the set of Game of Thrones).”

Her vision was so clear, it was very different from the way I’ve illustrated the universe of “Good Faith” up to that point but that’s what made the idea so fascinating They focused on the drama of the music and made a beautiful video. I’m very honored that my music inspired them!