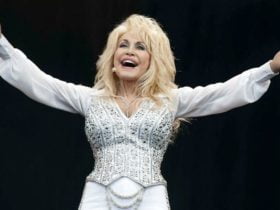 Dolly Parton Remove Herself From 2022 Rock & Roll Hall Of Fame

Record producer & French DJ, David Guetta has claimed that singer, Madonna declined to work with him because of his star sign.

On Sunday (4 October), David Guetta told the McFly et Carlito YouTube channel that Madonna had been eager to work with him after he won a Grammy in 2011 for his remix of her track ‘Revolver’.

In a meeting between them, he stated: “She tells me that she loves this remix and she suggests that I produce her next album. I arrive for lunch. We talk about everything – the music, what she wants to do with the album. Super nice. It’s just her and me. Very relaxed, very cool. We have lunch. It’s happening. Very good and you wonder when we start working together.”

Then Guetta revealed that he is a Scorpio. “Suddenly, she makes a face and she says to me, ‘I’m sorry, we’re not going to be able to work together. It was a pleasure to know you. Goodbye!’”

According to Astrology.com, Scorpios are said to be “devoted, determined, and observant”, but also “suspicious and slow to trust”.

Meanwhile, David Guetta & Australian singer, Sia has shared the new music video of their song ‘Let’s Love.’ Watch the full video here. It was produced during the quarantine months and was written to spread a message of love and hope to fans and society in general in these dark days we’re currently going through.