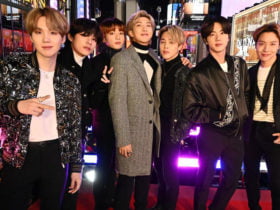 She also announced a new album, “Strays.” She is described in a press release as a “resilient proclamation of freedom” and will be released on January 13 via Loma Vista Recordings. Pre-save the whole album by clicking here.

Speaking about the new album in a press release, Price said: “I feel this urgency to keep moving, keep creating,” says Margo Price. “You get stuck in the same patterns of thinking, the same loops of addiction.

“But there comes a point where you just have to say, ‘I’m going to be here, I’m going to enjoy it, and I’m not going to put so much stock into checking the boxes for everyone else.’ I feel more mature in the way that I write now, I’m on more than just a search for large crowds and accolades. I’m trying to find what my soul needs.”

The album, ‘Strays’ marks the follow-up to 2020’s ‘That’s How Rumors Get Started’ and was co-produced by Price and Jonathan Wilson (Angel Olsen, Father John Misty). The record also features collaborations with Sharon Van Etten, Mike Campbell, and Lucius.

The tracklist for ‘Strays’ is as follows: