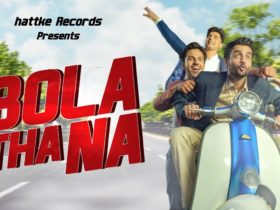 The Music artists Mark Ronson has shared their new collaboration teaser with Miley Cyrus. he first teamed up with Miley Cyrus on 2018 with this song ‘Nothing Breaks Like A Heart‘, which features on his acclaimed fifth album ‘Late Night Feelings’. This is looking like amazing, check the clip below.

Mark Ronson shared the teaser by tagging Miley cyrus on twitter with this caption :- “If 2019 was for the [heart]break, 2020 is for the [heart]breakers. Right, @MileyCyrus?” after this he added that he is “very psyched for you all to hear this one”, and said it would be released “whenever mama says it’s ok”.

Mark Daniel Ronson is a British–American musician, DJ, songwriter, and record producer. Ronson is best known for his collaborations with artists such as Amy Winehouse, Lady Gaga, Adele, Lily Allen, Miley Cyrus, Queens of the Stone Age, and Bruno Mars.