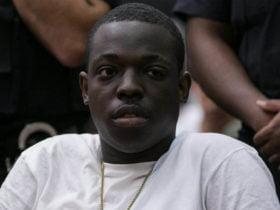 The Dutch DJ and record producer, Martin Garrix has delivered his brand new 8 IDs, which he played in his Tomorrowland Around the World performance set. Listen to the IDs below.

Martin Garrix’s record label Stmpd Rcrds shared 8 IDs on its Instagram account with the caption, “@martingarrix played 8 IDs in his #tomorrowland set,” They asked to the fans, guess the artist name by listening to the music. He just made YTRAM‘s epic debut last month and we can expect plenty more where that came from.

However, It is not clear that the identity of the unknown tracks or It’s also noted that STMPD has not unveiled how many of the tunes belong to Garrix yet. It is going to be revealed, however, the label representatives hinted that a few of them shall be released within the close to future.

Tomorrowland – Around the World(Virtual Music Festival) took place on July 25th and 26th. Those who have missed the performance and want to watch a replay of the concert can buy a “relive ticket,” which can grant them entry to the “Relive platform” that airs rebroadcasts of DJ sets from the digital festival.

To know more about the replay of the festival you can visit the Tomorrowland website by clicking here.

You can watch the live DJ set of Martin Garrix from the top of A’DAM Tower on KINGS DAY 2020. This Martin Garrix special 20 min live set to celebrate Kingsday 2020.

Martin Garrix(real name Martijn Gerard Garritsen) is a Dutch DJ and record producer from Amstelveen. His most known singles are “Animals”, “In the Name of Love”, and “Scared to Be Lonely”.