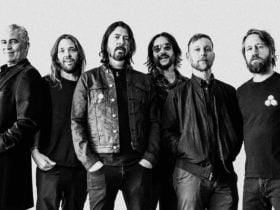 The black-and-white music visual glimpses the chart-topper performing fast-paced choreography alongside an army of backup dancers and engaging in a showdown with a clone of herself.

Also, Previously, she released her latest video of the track, “Plan B.” & she teamed up with the rapper, Future for a song named “Pressurelicious.”