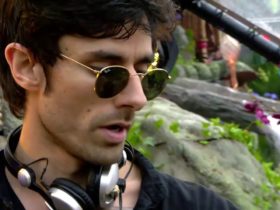 KSHMR Teases Second Single, ‘AROUND THE WORLD’ From Debut Album

American rapper Megan Thee Stallion has teased her new upcoming song named ‘Girls In The Hood.’ The track will be released on tomorrow(26th June). Pre-save the track by clicking here.

Megan took her Instagram and announced about her upcoming track with the caption, “Hotties y’all ready for this new hot shit 😛 pre save “Girls in the Hood” right now.”

Upcoming track ‘Girls In The Hood’ will be Megan’s fourth single for 2020, following on from ‘Diamonds’ with Normani, ‘FREAK’ with Tyga and ‘B.I.T.C.H’. The third track featured on her third EP, ‘Suga’, which she released in March. ‘Suga’ garnered positive reviews from fans and critics, peaking at number 7 on the Billboard 200 chart.

The 25-year-old star found it surreal having her idol – whose husband Jay-Z owns Megan’s label Roc Nation – spit some verses on ‘Savage’.

She said recently: “I know, I thought the same. I was like, ‘God? Is this real?’ Like, we really did it!

“But shoutout to Beyoncé like, thank you so much! Roc Nation is my management, so somebody from my team called me like, ‘Hey, Beyoncé wants to do a ‘Savage’ remix’, and I’m like, ‘Shut up – y’all are lyin’!’