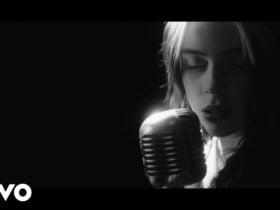 American musician Mike Shinoda has revealed his new album called ‘Dropped Frames Vol. 1‘ that, he created on Twitch. Mike has released 3 tracks, Open Door, Super Galaxtica, and, Osiris yet. He is all set to release other tracks.

During live streams and chats mike took suggestions from fans on the direction of the music, Shinoda said in a statement that ‘Dropped Frames’ is “just as much about the live channel as it is about the ‘album‘”.

“The collection of songs is a highlight reel of the tracks I make on the channel, but a big part of the experience is the stream itself,” he said (via Spin). “When I start, I usually have very little idea of where it will go. What comes out is a product of the viewers’ suggestions, my spur-of-the-moment ideas, and whatever inexplicable magic is floating in between.”

Listen to three songs here from his upcoming album.

Check out the tracklist for ‘Dropped Frames, Vol. 1’ below.