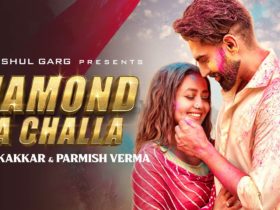 She performed at the Resorts World casino in Las Vegas on July 4, as Stereogum points out. she also previously covered songs including Mazzy Star’s “Fade Into You” and Hole’s “Doll Parts”

“I’m gonna sing a song that no one fuckin’ knows,” Cyrus joked before beginning the cover. “But you will know it after tonight. I’ve seen the tweets: ‘Stop doing covers!’ But somehow ‘Jolene’ was requested.”

Cyrus’ new Cocteau Twins cover is the latest in a series of cover versions the pop singer has performed in recent months, following on from renditions of Dolly Parton’s ‘Light Of A Clear Blue Morning’ and ‘Doll Parts’ by Hole among others.

Meanwhile, she also involved in is ‘The Metallica Blacklist’, a record comprising 50 reinterpretations of tracks off Metallica’s self-titled album, also known as ‘The Black Album’.