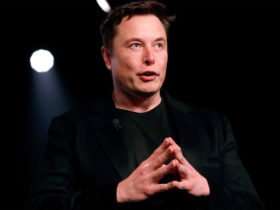 Elon Musk Prepares Song To Sell About NFTs As An NFT

American singer & songwriter, Mitski has teamed up with David Byrne & Son Lux for the new song named “This Is A Life.” Listen to the full song below.

The track appears on the soundtrack to Everything Everywhere All at Once, the forthcoming sci-fi action film directed by Daniel Kwan and Daniel Scheinert.

Meanwhile, the Byrne and Mitski appearances, the 49-part soundtrack by Son Lux include André 3000, Randy Newman, and Moses Sumney among its several other guests. The film hits theaters on Friday, March 25.

Mitski Team Up With David Byrne, Son Lux For New Song “This Is A Life”