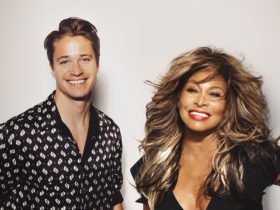 “Legendary music executive Mo Ostin passed away peacefully in his sleep last night at the age of 95. Mo was one of the greatest record men of all time, and a prime architect of the modern music business.

“For Mo, it was always first and foremost about helping artists realize their vision. One of the pivotal figures in the evolution of Warner Music Group, in the 1960s Mo ushered Warner/Reprise Records into a golden era of revolutionary, culture-shifting artistry.”

“Over his next three decades at the label, he remained a tireless champion of creative freedom, both for the talent he nurtured and the people who worked for him.”

“Mo lived an extraordinary life doing what he loved, and he will be deeply missed throughout the industry he helped create, and by the countless artists and colleagues whom he inspired to be their best selves. On behalf of everyone at Warner, we want to thank Mo for everything he did, and for his inspiring belief in our bright future. Our condolences go out to his family at this difficult time.”

He was inducted into the Rock and Roll Hall of Fame in 2003 by Paul Simon, Neil Young, and Lorne Michaels.

Born in New York in 1927, Morris Meyer Ostrofsky began his career in the mid-1950s at Verve Records as a controller, before being hired by Frank Sinatra to manage Reprise Records in 1960.

In 1970, Ostin became president of Warner-Reprise. He took the role of chairman/CEO two years later, continuing the position until his departure from the company in 1994.

Read our full statement on the passing of Mo Ostin:https://t.co/Tb018HxiFg pic.twitter.com/7H1myoXhau