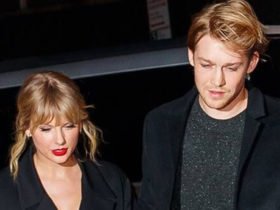 Is Joe Alwyn & Taylor Swift In A Relationship?

The Indian rapper or Mtv hustle Fame RCR(Real Name Rohit Kumar Chaudhary) has released his new hip hop music video called “Fam Anthem”. This hip hop music describes the struggle of those people who have worked hard in their life and became the successful artist.

The hip hop artist RCR has been the top final contestant of MTV hustle, his song “Aye Dil Hai Muskil” got most popular in the fans.

He said :- “To all the lovely people who love and support me beyond their limitations and made my dreams come true. I thank all the digital platforms which made #RCR reach millions and more.”

Here is the official song Fam Anthem by the hip hop artist RCR. Hope you like it and must share this with your friends.

AKA RCR(Real Name Rohit Kumar Chaudhary) is an Indian singer and rapper. He originally belongs from Amritsar (Punjab), he is known for television singing reality shows like “MTV Hustle” and “Dil Hai Hindustani”.