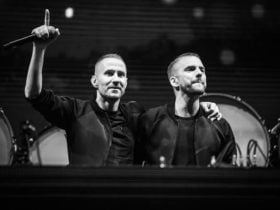 The 2022 MTV VMAs [Video Music Awards] has announced that The show will take place on Sunday, August 28, at Newark, New Jersey’s Prudential Center.

The event will mark the first VMAs at Prudential Center since 2019. Last year, the VMAs took place in Brooklyn, New York, in front of a live audience after hosting the awards show, without anyone in attendance, in 2020 at different places in New York City, due to the pandemic.

A press release for today’s announcement closed with the following note: “Health and safety remain the number one priority for MTV and Prudential Center. We are working hand-in-hand with state and local officials to implement stringent protocols in order to maintain the safety and well-being of artists, fans, staff, and partners. Prudential Center’s current health and safety protocols can be found here. Additional protocols will be announced closer to the event.”