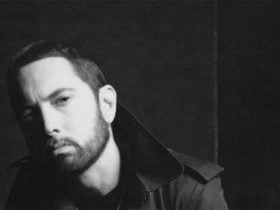 Indian Bhajan singer, Narendra Chanchal has died at a private hospital in Delhi on Friday due to some health complications.

Narendra Chanchal was admitted to Delhi’s Apollo Hospital on November 27. Indian Prime Minister Narendra Modi took to Twitter and wrote, “Extremely saddened to hear the news of Narendra Chanchal Ji’s death. He made a mark in the world of devotional songs. My condolences to his family and fans.”

Narendra Chanchal was an Indian singer who specialized in religious songs and hymns. Besides several bhajans, Chanchal had also sung songs in Hindi films as well. He was the singer of many iconic bhajans & Hindi film songs in history.

Indian Ministry Of Culture also wrote that on Twitter, “Extremely saddened to learn the unfortunate demise of Veteran singer Narendra Chanchal known for his religious songs and bhajans. Heartfelt condolences to the departed soul & strength to the family members in this hour of bereavement.”

“Saddened to hear demise of singer Narendra Chanchal ji , He will be remembered for his bhajans and some remarkable songs in Hindi films, my heartfelt condolences to his admirers and family,” tweeted filmmaker Madhur Bhandarkar.