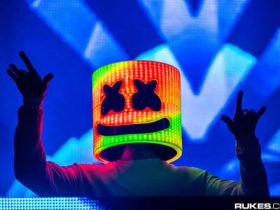 In Aug last year, He released the second part of the album, “King’s Disease II.” Now, he came with the third part of the series.