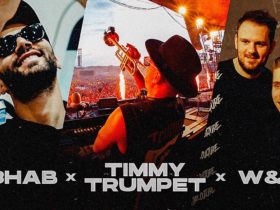 The American rapper, songwriter, Nas has revealed his brand new album ‘King’s Disease‘ releasing date with the full tracklist. Check out the tracklist below.

Nas shared the tracklist post via Instagram and announced the album will be out this Friday, wrote that “THE KING’S LIST.” The album ‘King’s Disease’ follows the hip-hop legend’s first album in two years following 2018’s Nasir, and is entirely produced by Hit-Boy.

The album features 13-track album includes the Hit-Boy single “Ultra Back” and Don Toliver and Big Sean on “Replace Me,” Charlie Wilson on “Car #85,” Lil Durk on “Til The War Is Won,” Anderson .Paak on “All Bad,” Brucie B. on “The Definition,” The Firm on “Full Circle” and Fivio Foreign and A$AP Ferg on the bonus cut “Spicy.”

The rapper explained in a short teaser that he had been trying to link up with Hit-Boy for years, “We finally got that timing… that alignment.”

He shared his old friend circle group picture and wrote that, “Cormega (white hat) we go back …. Full Circle ⭕️ respect King. This thing of ours. 💯 #kingsdisease Friday! Sosa whattup.”

He also shared the teaser of one of his song ‘ULTRA BLACK’ and wrote that, “KINGIN WITH THE QUEEN @foxybrown ‼️ULTRA BLACK !!! The album THIS FRIDAY.”