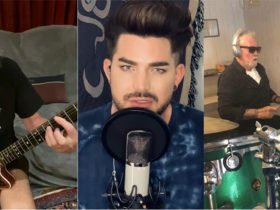 Netflix has shared the first look clip for the rapper, Kanye West documentary Jeen-Yuhs. Watch the full trailer below.

The doc will feature rare and unseen footage of West, including home videos. The film, titled Jeen-Yuhs, was reportedly acquired for roughly $30 million and has been in the making for 21 years.

The documentary ‘Jeen-Yuhs‘ will be released on streaming sites in 2022, but Netflix has yet to specify a release date. It was created by filmmakers Clarence “Coodie” Simmons and Chike Ozah (aka Coodie & Chike), who run the company Creative Control.