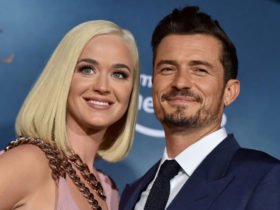 American singer Harmony singer Normani broke her silence over Camila Cabello’s previous racist remarks resurfacing on-line. For the unversed, the Senorita singer was accused of racism after her outdated Tumblr posts and tweets resurfaced that includes the n-word and posting racist gifs went viral this December.

The American-Cuban singer-songwriter Camila took to social media to address the comments and apologized for the same, Normani has now spoken up about the incident. The singer confessed she wanted to be excluded from the narrative at first.

Normani opened to Rolling Stone and during the interview, she made sure to set up a disclaimer that aimed to prevent her words from being taken out of context.

“I want to be very clear about what I’m going to say on this uncomfortable subject and figured it would be best to write out my thoughts to avoid being misconstrued, as I have been in the past,” Said Normani.

Read More:- ‘My Heart Skips A Beat When I’m Around You’ Says Justin Bieber

“I struggled with talking about this because I didn’t want it to be a part of my narrative, but I am a black woman, who is a part of an entire generation that has a similar story. I face senseless attacks daily, as does the rest of my community. This represents a day in the life for us. I have been tolerating discrimination far before I could even comprehend what exactly was happening. Direct and subliminal hatred has been geared towards me for many years solely because of the color of my skin,” she went on to say.

“It would be dishonest if I said that this particular scenario didn’t hurt me. It was devastating that this came from a place that was supposed to be a safe haven and a sisterhood because I knew that if the tables were turned, I would defend each of them in a single heartbeat. It took days for her to acknowledge what I was dealing with online and then years for her to take responsibility for the offensive tweets that recently resurfaced. Whether or not it was her intention, this made me feel like I was second to the relationship that she had with her fans.”

“I don’t want to say that this situation leaves me hopeless because I believe that everyone deserves the opportunity for personal growth. I really hope that an important lesson was learned in this. I hope there is a genuine understanding of why this was absolutely unacceptable. I have spoken what is in my heart and pray this is transparent enough that I never have to speak on it again.”

She concluded the statement by saying, “To my brown men and women, we are like no other. Our power lies within our culture. We are descendants of an endless line of strong and resilient kings and queens. We have been and will continue to win in all that we do simply because of who we are. We deserve to be celebrated, I deserve to be celebrated, and I’m just getting started.”