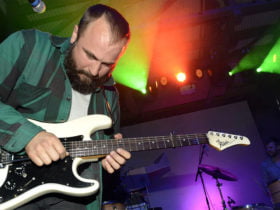 The Migos member’s new song is produced by Baby Keem & arrives with a music video shot in an amusement park. The track marks Offset’s first solo single of 2022 and follows his collaborative cut “New To You” with Normani and Calvin Harris.

Earlier this year, Baby Keem and Offset were both featured on Kanye West’s Donda 2 song “We Did It Kid.” Keem is on tour with his fellow pgLang artists Kendrick Lamar and Tanna Leone.