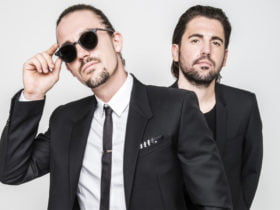 Dimitri Vegas & Like Mike Team Up With Scooter For New Festival Track, ‘We Love Hardcore’

The smartphone OnePlus Z Specification, price, and release date has leaked, it seems like it will arrive in next month’s time with some surprisingly strong specs for a ‘budget‘ phone.

According to the report of Android Central that the OnePlus Z will launch in India on July 10, likely meaning, a release in the US and UK won’t be too far off either. A couple of months ago, OnePlus unveiled two new smartphones, but the OnePlus 8 series never got the rumored Lite version that should have been even cheaper than the base $699 OnePlus 8 model.

The OnePlus Z will feature a 6.5-inch hole-punch Samsung AMOLED display, Snapdragon 765G processor with 5G support, 8GB or 12GB of RAM, 128GB or 256GB of storage, 4,000 mAh battery with 30W fast wired charging, and Android 10. Coming to the camera, the phone will offer a triple-lens camera system featuring a 48-megapixel primary lens, 12-megapixel ultrawide camera, and 13-megapixel telephoto lens. A 16-megapixel selfie camera will punch through the display.

A new leaker collective from India shared a screenshot that lists the OnePlus Z specs and its release date. Check out it below. It seems like, the OnePlus Z is much better to deal with the upcoming Pixel 5. We’d also expect OnePlus to use the same screen design for the OnePlus Z, and pack a triple-lens camera on the back

OnePlus tends to do its launches around the world within a couple of weeks of each other, so anticipate the announcement of a July event for the US and UK, too.

Separately, a survey from OnePLus that asked users how likely they’d be to buy a device rocking a phone featuring almost the same specs for 24,990 rupees ($331). The survey indicates the display would support a 90Hz refresh rate and feature a built-in fingerprint sensor. The battery would be slightly larger at 4,300 mAh, and the three camera sensors on the back will feature different resolutions.