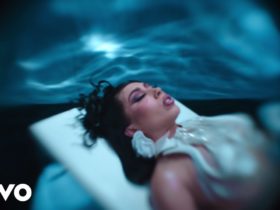 Davidson was joined on the episode unexpectedly host Tom Hanks and musical visitor Chris Martin of Coldplay. Pete’s track was filmed from his tricked-out basement abode at his mom’s house, which was swathed in swirling purple gentle vaguely harking back to Drake’s Hotline Bling video.

Pete carried out a parody of an emotional slow jam & said that ‘This is a Drake song,’ ‘I miss my ex,’ and ‘Number one on the billboard.’

Check out the Pete video here.