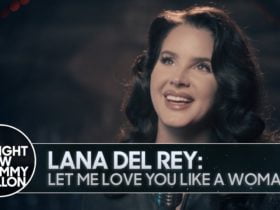 The visual clip features footage of Bridgers recording the track, cut with scenes from the Hulu show.

In April, she released an official song named “Sidelines.” The track is from the HULU series Conversations With Friends based on the novel by Sally Rooney, out now on Dead Oceans.