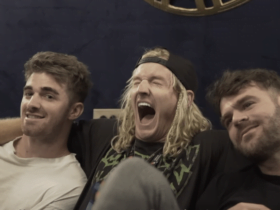 The Chainsmokers New Collaboration With Kygo “Family” Out Now

The Chicago festival will take place on September 10-12, its 15th-anniversary event headlined by Phoebe Bridgers, St. Vincent, and Erykah Badu.

If the festival is postponed or rescheduled due to COVID-19, ticket buyers can keep their passes for the new dates or request a refund. Pitchfork Music Festival will adhere to the city of Chicago’s COVID-19 protocol, and will keep attendees updated as federal, state, and local regulations evolve.

Check out the full lineup here: