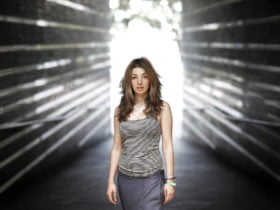 The media company, Pitchfork has announced its new music film series at the Music Box Theatre in Chicago.

The film series will take place from September 6-8, with one screening each night. The Pitchfork Music Film Series is presented in partnership with White Claw.

It showcases three beloved music movies named, “20 Feet From Stardom”, “I Am Trying to Break Your Heart”, and “Josie and the Pussycats” followed by extraordinary guests in conversation with Pitchfork contributors and staff ahead of Pitchfork Music Festival 2021.

The September 8 screening will feature co-directors/writers Deborah Kaplan and Harry Elfont in conversation with Pitchfork Staff Writer Quinn Moreland, discussing the music of the film, its legacy, and its impact on today’s pop culture.