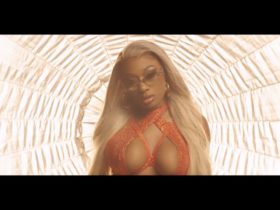 The track, “Little Things” was recorded in October 2020 in Topanga, California, on the other hand, the second track, “Sparrow” was recorded last summer in the Catskills. Both were produced by the Big Thief’s drummer James Krivchenia.

“We all just scattered about the room without headphones, focused and in the music—you could feel that something special was happening,” he said in a statement. Krivchenia explained that the shared version of “Sparrow” is the band’s first take recording it.