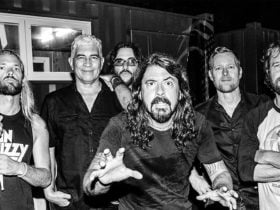 The total 15-song set he performed on the live stream. The set saw Post joined by Travis Barker on drums, Brian Lee on bass, and Nick Mac on guitar

Malone decided to go the entire hog this weekend by organizing a Nirvana Tribute charity live performance that was live-streamed from his Salt Lake City residence this weekend.

“So proud of @PostMalone and crew,” Novoselic tweeted. while Love had previously given her blessings for the show via social media.

The statement for the Nirvana concert: “This event will raise funds for The United Nations Foundation’s COVID-19 Solidarity Response Fund for The World Health Organization (WHO) in support of COVID-19 relief efforts.”

Here’s the full setlist of Nirvana songs that he ran through during the course of the show: