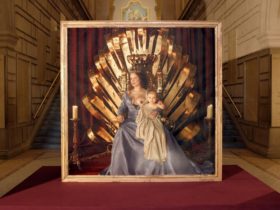 The American electronic dance music band Krewella announces their upcoming new album “zer0“. The album “zer0” will be releases on 31st Jan 2020. Krewella shared about This Album “zer0” on twitter. The album contains 11 brand new songs. You will see in the photo, many of the Popular DJ’s like Nucleya, Asim Azhar, Marian, Arrested Youth and many more collabs with Krewella. Interesting things is that we will get the amazing album at the end of January.

Krewella said while twitting :- “feels unreal to announce this officially but our sophomore album “zer0″ is coming out on Jan 31 we tapped into some deeper emotional & cultural layers & grew closer in the process— we’re so excited to share the journey with our krew”

You can pre-save this brand new album “Zer0” across the platform :- CLICK_HERE. You must share this news with your friends.

Krewella is an American electronic dance music band from Northbrook, Illinois, United States, that formed in 2007. The band consists of sisters Jahan Yousaf and Yasmine Yousaf. Originally a trio, their third member and producer Kris Trindl left the band in 2014.