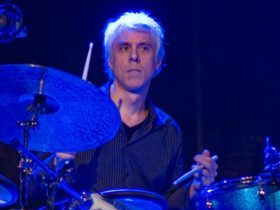 Here we go guys, The most popular artists and djs Marnik & KSHMR new song is coming which name’s “Alone” feat. by the top music artist Anjulie & Jeffrey Jey. This is brand new song “Alone” we will get by 11/15, after a long time the dj Kshmr collabs with music artist Marnik and they both are presenting the brand new edm song “Alone” feat. Anjulie & Jeffrey Jey.

Kshmr share this tweet to his fans, You can pre-save this new music “Alone” feat. Anjulie & Jeffrey Jey, and also share this new with your friends. You will get the link Below.

Kshmr(Niles Hollowell-Dhar) is an Indian-American musician, record producer and DJ from Berkeley, California. He was ranked at 23rd on DJ Mag’s 2015 Top 100 DJs and was awarded “The Highest New Entry”. His place elevated to 12th in the Top 100 DJs of 2016 and kept the same spot in 2017.

Marnik is an Italian progressive house duo made up of Alessandro Martello and Emanuele Longo.