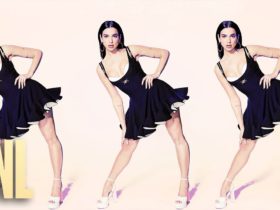 On 28th Aug(Last month), Public Enemy announced that they are going to release their new album ‘What You Gonna Do When The Grid Goes Down‘ for Def Jam in more than 20 years, and now he unveiled the tracklist.

What You Gonna Do When the Grid Goes Down Full Tracklist:

In June, Public Enemy released its new anti-trump track called ‘State Of The Union (STFU)’ produced by DJ PREMIER. In the emotive track, Public Enemy takes “a fiery return to the frontlines as they take on Donald Trump and his fascist regime,” according to a new press release statement.

The group has also released an updated version of “Fight the Power,” featuring YG, Black Thought, and others. Before that, the group appeared to fire Flavor Flav, then claimed it had been an elaborate hoax.