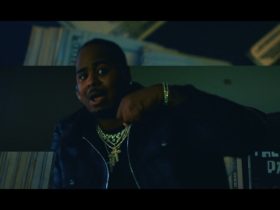 Hip hop group Public Enemy has released its new anti-trump track called ‘State Of The Union (STFU)’ produced by DJ PREMIER. – Listen to it below.

In the emotive track, Public Enemy takes “a fiery return to the frontlines as they take on Donald Trump and his fascist regime,” according to a new press release statement.

It continues: “An unflinching statement about the destruction the current administration has unleashed on the country and its people, ‘State of the Union (STFU)’ speaks truth to power while urging people to fight against racism, injustice and oppression with their vote.”

Chuck D said about the track: “Our collective voices keep getting louder. The rest of the planet is on our side. But it’s not enough to talk about change. You have to show up and demand change. Folks gotta vote like their lives depend on it, ‘cause it does.”

Flavor Flav added: “Public Enemy tells it like it is. It’s time for him to GO.”

“State of the Union/Shut the fuck up/Sorry ass motherfucker/Stay away from me,” ends with this line.

Earlier this month (June 3), Chuck D spoke out about the ongoing protests in the US following the death of George Floyd.

Talking to HipHopDX, Chuck D said: “My statements are politically incorrect. It will not behove anybody for me to say these things. They’re really incendiary and they’re not helpful. It’s not conducive. When you don’t feel good about saying what you really feel you should say, you shouldn’t say anything at all. Older people know that.”

He continued: “If you don’t really feel it’s conducive to say certain things, you just stay fucking quiet until you find the right words for it. And right now, there are no words for this shit. I got no voice at this moment because every single emotion young people have is justified right now. It’s emotion.”