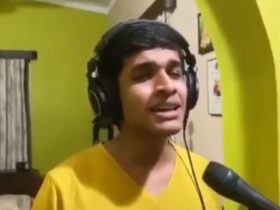 ‘Chhota Rafi’ From Kozhikode Is Breaking The Internet

American rapper and record executive, Pusha T has teamed up with Nigo for a new song named “Hear Me Clearly.” Listen to the full song below.

The track, “Hear Me Clearly” follows the Bape founder’s recent singles “Arya” and “Want It Bad” & will appear on Nigo’s forthcoming LP I Know Nigo, out March 25 via Victor Victor Worldwide/Republic. The album is executive-produced by Nigo and Pharrell.

Recently, In an interview, Steven Victor claimed that the “finishing touches” are being put on a new Pusha T album. Also, his song, “Diet Coke” was co-produced by Kanye West and 88-Keys. The voice of Fat Joe yelling “yesterday’s price is not today’s price” is the opening sound of the song.

Pusha T Team Up With Nigo For New Song, “Hear Me Clearly”