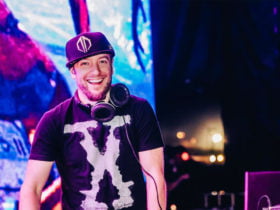 The long-awaited new album follow-up to his 2018 album Daytona, which will be out this Friday, April 22.

The new album will include Pusha T’s February single “Diet Coke,” which was co-produced by Kanye West and 88-Keys. The record also features the Jay-Z and Pharrell Williams collaboration “Neck & Wrist.”

According to a press release, it is produced entirely by West and Williams. Steven Victor, Pusha T’s manager, confirmed to Complex that Pusha T remains a G.O.O.D. Music associate even though he’ll no longer be formally signed to Def Jam.

Pusha T also recently told Complex, “I’m on someone thousand percent rap superhero shit, man.” He noted that he spent the last couple of years focusing on his family. “This era of Push is probably the most relaxed and competitive,” he said.