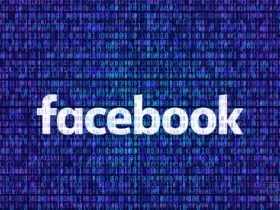 Facebook Clarifies What Their October Update Means For Artists

The London Based Super Duo, Pvssycat & Ascari has released their official music video for latest track ‘Acid House.’ Stream the full track below.

The record label, UFO Network is proud to announce ‘Acid House,’ by Pvssycat & Ascari, the second release of the upcoming album ‘Enter The Tiger‘, dropping on UFO Recordz toward the end of this year by London based super-producer Pvssycat.

Coming to the track, ‘Acid House’ drops with an exceptional style which is no surprise coming from PvssyCat & Ascari. The official music video highlights this masterpiece with its trippy visuals and clearly communicates ‘Acid House’ to the audience.

“And the Lamborghini?” You might ask, well let’s be honest, who isn’t a fan of fast cars that purr like a PvssyCat? I know we are! Check the official music video out now on YouTube and get connected with PvssyCat & Ascari on social media platforms. This super duo is showing no sign of slowing down and have tons of music lined up for the rest of the year.

London based PvssyCat also known as Max Jones successfully marries underground techno styles with the commercial side of disco and pop in his music production. Setting himself the goal of creating modern house records, PvssyCat has learned to incorporate his routes into the genre and is taking the scene by storm.

Max learned to play in the underground drum & bass scene in London and has been publishing house records since 2019. This year started with ‘Watch Me Dance’, this track is also his most successful song to date. Last year playing at London’s Ministry Of Sound, he broke into the dance music scene then just 20 years old. PvssyCat played alongside Robosonic, Tania La Croix, Marvin Aloys & Westbam as resident DJ at Pacha Austria.

London based Ascari also known as Josh Roberts is not only a life long Pianist & Guitarist with an amazing musical ear but also a DJ, Producer & Singer who successfully fuses together many different styles and genres of music to create a unique & intricate signature sound that is Ascari.

From the likes of Deep House to Future Bounce and from Future House to Techno, Ascari has no boundaries in his production and is certain to get any crowd pumped and ready to party. An all-round musician with an ear for great music, Ascari is definitely a name you’ll be seeing more of in the very near future. Be sure to follow Ascari on social media platforms below and stay up-to-date with the latest in fresh new music!