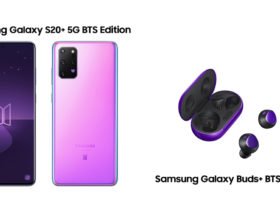 Samsung Galaxy S20+ 5G BTS Edition Has Launched officially – What Is New It Has?

This is the first time we will see Raftaar collaborated with singer AKASA and produced the new track called ‘NAIYYO.’ The song will have drama, love, anger, and many more couple things. The song will be released on 24th June on Sony Music India record label.

Raftaar wrote about the track, “Get ready for Thoda jhagda and Thoda nakhra – because what’s love without a Lil’ drama!? Check out the never seen before #dramebaaz collaboration of AKASA and Raftaar in their new song NAIYYO. Releasing on 24th June on Sony Music India!”