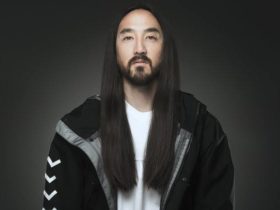 Steve Aoki Thinks That Humans And Robots Will Merge, Becoming A Hybrid Species.

Rapper and producer, FXXXXY has died at the age of 25. According to the IGA spokesperson, the artist died of complications from a routine medical procedure.

FXXXXY family said in a statement, “The family of Maudell Watkins, aka FXXXXY, aka FBG Fox, are totally shocked and devastated at his unexpected and unforeseen passing. We would like to express our heartfelt thanks to his many friends and acquaintances who’ve reached out to us in this extremely difficult time.

They added, “He lived music with every breath he took and his focus and drive were unmatched. May his contributions to the music industry live forever. CC 4 Life!.”

Last year, FXXXXY started his work with the Future, serving as an engineer on SAVE ME. He additionally produced the EP’s “Government Official” and co-produced “Extra.” Then he co-engineered “Solitaires” from this year’s High Off Life.

In August 2018, He collaborated with Gunna on “Need U,” his first single for Rule #1 and Interscope Records. After a month, He and Lil Durk released “Follow Me.”