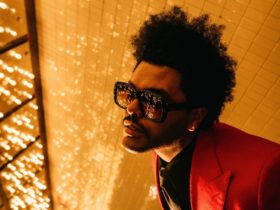 The Weeknd Reveals ‘After Hours’ New Tour Dates For 2022

Stockton, California rapper, Young Slo-Be was shot dead at the age of 29. Confirmed by the rapper’s project manager at Thizzler on the Roof.

According to CBS News, Slo-Be was involved in a shooting in Manteca, California, and was found dead Friday morning (August 5).

His manager said, “It was an honor to work with Slo-Be the last couple of years and we’re heartbroken to say goodbye. Our hearts are heavy, and our condolences go out to his family & loved ones.⁠

“We’ve worked with Slo-Be since 2020, and from early on we knew that his work ethic and the care he put into his artistry would take him very far. He saw the most mainstream success with his song “I Love You” which has gone viral on TikTok, but he also leaves behind a strong catalog with multiple albums and a cult following that has followed him for years.”

“We had high hopes for Young Slo-Be’s career and looked forward to doing more great work together. This senseless act of violence has taken a man from his family and left a huge void in the West Coast music community. We hope to see a day when this kind of thing isn’t so common. We’ll miss him dearly.”