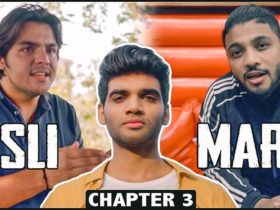 The Singer Raymix took his YouTube account to come out as gay to his fans opening up for the first time about his sexuality.

“Can you believe that in 2020, there are people in the industry who told me not to do this video? That I should stay quiet and pretend to be the person I am not because I wouldn’t be successful,” He said.

He continued, “They told me that the audience is not ready for an artist who sings cumbia or regional Mexican music [to come out as gay]. With so much pride today, I want to tell you that I’m gay. And if you ask me what will change after this message, the answer is nothing.”

“I’ve been wanting to say this for a long time and I’m happy to finally be able to say it because it isn’t easy,” the singer explains. “I am freer and happier than ever. I will continue to take cumbia to different parts of the world.”

In the YouTube video, the “Oye Mujer” singer begins his heartfelt message acknowledging the weak moment we’re dwelling in the present day with the COVID-19 pandemic and cases of racism and discrimination, after which goes on to make the announcement.

Raymix Open Up First Time About His Sexuality

Raymix also shared a post on Instagram with the caption, “So many dreams don’t fit in a damn closet. I am officially telling the world: I’m Edmundo and I’m gay.”