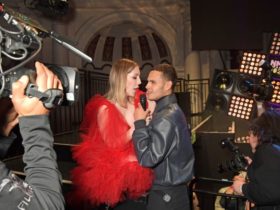 The track marks the first song from their forthcoming album Return of the Dream Canteen, out October 14 via Warner. The video was directed by Malia James, with animation from Julien Calemard and Thami Nabil.