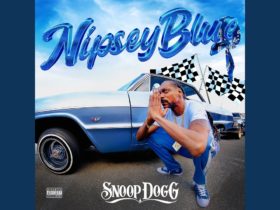 Icelandic singer & songwriter, Björk has detailed about new album Fossora.’ She revealed in an interview with The Guardian.

According to the source, the LP Björk – “Fossora” features a collaboration with Serpentwithfeet, as well as backing vocals from Björk’s son, Sindri, and her daughter, Doa.

Also, It includes contributions from Indonesian dance duo Gabber Modus Operandi (“They’re taking tradition into the 21st century, which I really respect,” the singer noted. “They do it like nobody else.”).

In the interview, Björk explains the album as a “mushroom album.” She added, “It’s like digging a hole in the ground. This time around, I’m living with moles and really grounding myself.”

According to Björk, the nails-hard 90s Dutch techno style is the perfect soundtrack to Covid life. “There’s always a BPM in our bodies, you know? And I think through Covid we were all pretty lazy, just sitting home reading books, so when we got drunk or partied it was like we went a little bit mental, then we just fell asleep before midnight. Slow energy, but then it goes double.” And that, she realized, is “a little bit gabber”.