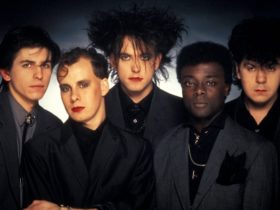 The Most popular South Korean girl group Red Velvet has released their new Dance video named “Psycho” and because of this video they reveals their upcoming “The ReVe Festival – Finale” track list Of EP series. Secondly The K-pop group, who are signed to SM Entertainment, recently released ‘The ReVe Festival – Day 1’ and ‘Day 2’ EPs in June and August respectively.

Here is the Official video “Psycho” by the most popular South Korean girl group Red Velvet. Although the three EPs have also been released as one single repackaged album featuring all 16 tracks from the series. The “Finale” EP features four tracks, including “Psycho” and “La Rouge”. Hope you like this video and must share with your friends.

Red Velvet’s “The ReVe Festival – Finale” is out! Listen and download on your favorite platform: https://smarturl.it/RV_Finale

Here are the Tracklist Of “The ReVe Festival – Finale” :-

Red Velvet is a South Korean girl group formed by SM Entertainment. The group debuted on August 1, 2014, with the digital single “Happiness” and four group members: Irene, Seulgi, Wendy, and Joy. In March 2015, Yeri was added into the group.