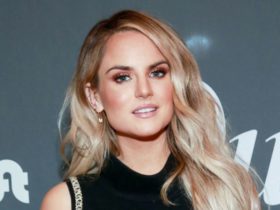 JOJO’s New ALBUM ‘GOOD TO KNOW’ Is Not For Singles

The K-Pop group, Red Velvet’s singer, Wendy has announced her brand new 1st mini-album, ‘Like Water.’ Check out the post below.

MUST READ – ITZY Releasing New Album, ‘Guess Who’ Next Month

The album, ‘Like Water’ will be released on 5th March 2021. According to her agency, SM Entertainment, the project will include five songs and features “sincere messages and warm emotions”. The upcoming album will make Wendy the first Red Velvet member to release a solo project.

Wendy had been on a year-long hiatus due to a stage accident during the 2019 SBS Gayo Daejeon music festival. The singer suffered a pelvic fracture and broken wrist, among other injuries, and had to be hospitalised for two months.