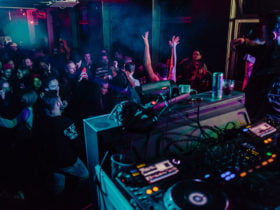 What Does DJ Stand For In Music?

Dutch record producer, Martin Garrix has teamed his new festival-style remix of the track, “We Are The People” with Bono & The Edge. Listen to it below.

Martin Garrix shared the small video clip of the remix via Instagram with the caption, “Garrix Remix coming soon… TIME FOR THE FESTIVAAALS. who is ready?.”

In the teaser, we can listen an uplifting and euphoric version of the collaborative single, with layers of new additions to liven up the mix. The track is for the official 2020 UEFA European Football Championship song.

Recently, EDM duo & Garrix’s AREA21 released their latest banger track, ‘Pogo.’ In the meantime, Garrix & Maejor dropped their latest AREA21 track named ‘La La La.‘ The track is the first single from their forthcoming debut LP. Also, Garrix teamed up with Bono & The Edge for the new single, ‘We Are The People.’