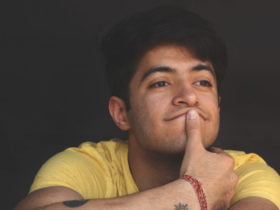 Rhea Chakraborty, the name with us familiar nowadays because her name is flashing all over the Indian Media, the 28-year-old actress is embroiled in a controversy related to her boyfriend Sushant Singh Rajput’s death by suicide.

Sushant was found dead in his Mumbai apartment on June 14. His father K K Singh filed a case of abetment to suicide and fraud on July 25 against Rhea, her brother, and her parents.

The Indian YouTuber Rohan Cariappa uploaded a video of Diss Track where he produces a diss track in a very creative way. Rohan Cariappa stated in his video that Indian Media is well known for his rhyming headlines so after that observation he decided to collect all the headlines from Indian Media and put it together in a rap song.

The beat is produced by 6X beats and the rap is performed by Rohan Cariappa. The brutal lyrics of the diss track are written by Indian Media more specifically Lil Arnab, Young Anjana, BnD, and more.