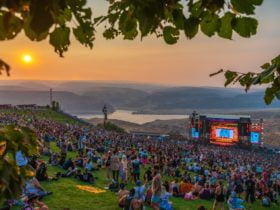 The Japanese singer-songwriter, Rina Sawayama has released a short teaser for an upcoming documentary on the making of her debut album, ‘SAWAYAMA’. Watch the full teaser below.

The teaser video is featuring a collection of footage from her tours, studio sessions and day-to-day life. Earlier this year in April, Sawayama released ‘SAWAYAMA’ album. In the trailer, Rina can be heard expressing her fears during its creation process.

“It’s scary to alienate some people,” she says of the shift from her 2017 EP ‘Rina’ to this album. “The sound has definitely changed. It’s quite sad and angry, and it kind of reflects my overall feelings towards the world.

“You just never know. People are savage online, you know? You never know how it’s going to get received. I can only make it super authentic to how I’m feeling. I could sell out on the second album, sure, but my first album is pretty precious to me, and I have a lot to say, lyrically.”

Rina Sawayama teaser Of ‘The Making Of SAWAYAMA’ Documentary

‘SAWAYAMA’ also made a fan out of Elton John, who hosted the singer on his Apple Music radio show, Rocket Hour, and introduced her by saying, “It’s so wonderful to talk to you because so far you have made my album of the year. This is my favorite album of the year.” He went on to say ‘Bad Friend’ is a song Madonna “would die for”.

Rina Sawayama is a Japanese-British singer, songwriter, and model. Born in Niigata, she was raised from a young age in London, where she currently resides. Her debut extended play, Rina, was released in 2017, before her debut studio album, Sawayama, was released on 17 April 2020.