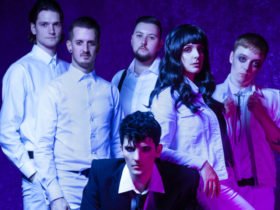 The English singer Robert Smith has said that a new album from the band will “definitely” arrive in 2020. Check out the video below.

Smith said in an NME interview : “The first one will definitely be out soon, we’re wrapping it up now and it’s going to be mixed. But until it’s completed, no one will believe me. I look forward to it coming out more than anyone else, trust me!”

Added to Robert statesmen : “There’s only two, the third thing is just me, it’s just an hour of me.”

The ‘Just Like Heaven‘ singer also explained the band had made a comeback for the “right reasons” and while the group may cover different styles of music, the new record still “sounds us” because “it’s us doing it”.

Read More :- Snoop Dogg Publicly Apologizes to Gayle King, After Had Talk With His Mom

Robert James Smith is an English singer, songwriter, musician, and record producer. He is the lead singer, guitarist, multi-instrumentalist, primary songwriter, and only continuous member of the rock band The Cure, which he co-founded in 1976.