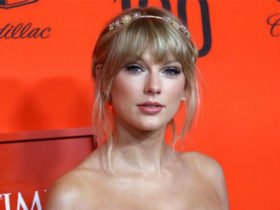 The Irish singer-songwriter, Róisín Murphy has released her brand new song named ‘Something More‘ from her forthcoming album ‘Róisín Machine,’ written by Amy Douglas. Stream the song below.

Her upcoming album ‘Róisín Machine’ will be released on September 25. ‘Róisín Machine‘ features previously released singles including “Simulation,” “Murphy’s Law,” and recent release ‘Something More‘ with a more unreleased track, Kingdom of Ends, Shellfish Mademoiselle, Incapable, We Got Together, Game Changer, Narcissus, and Jealousy.

Murphy says about the album, “I interpreted it as a swan-song to how we once lived, there’s plenty of bravado in the lyrics and the character is a kind of antihero but the indefinable yearning and the feeling of arriving at a point of emptiness is universal right now!”

She added, “We met last year at a very interesting talk event in London about the psychology and science of Dub. We hit it off immediately, I’m afraid we may have heckled the speakers, who happened to have among them, Andrew Weatherall!

“I asked her to write me a song about never being full or satisfied, exponential need. She sent a very basic but brilliant demo very soon after, just her singing and playing the piano. The challenge then is to get the music-direction right, the arrangement, and the voicing.”

Róisín Marie Murphy is an Irish singer-songwriter and record producer. She first became known in the 1990s as one-half of the UK-Irish trip-hop duo Moloko with her partner Mark Brydon.