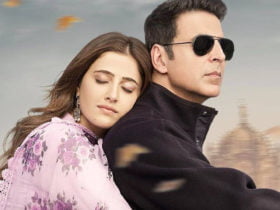 Now The Wait Is Over, B Praak – “Filhaal 2” To Release This Month

The track will appear on her upcoming album, “Motomami .” Previously, Rosalía teased the record with the singles “Saoko,” “Chicken Teriyaki,” and her collaboration with The Weeknd called “La Fama.” It follows her 2018 Grammy-winning breakout album El Mal Querer.

Over the weekend, Rosalía was the musical guest on the latest episode of Saturday Night Live: She performed “Chicken Teriyaki” and “La Fama.”