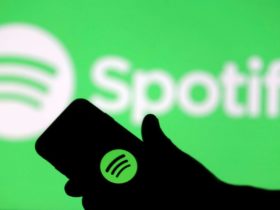 Now Songwriters Get Their Own Page On Spotify

Mendes also unveiled that the track, ‘Monster’ will be the next single from the his forthcoming album ‘Wonder’. Last month, He dropped the album’s title track. After the announcement of the album, Mendes said, “It really feels like a piece of me has been written down on paper and recorded into song. I tried to be as real and as honest as I’ve ever been. It’s a world and a journey and a dream and an album I’ve been wanting to make for a really long time.”

Last month, Justin Bieber opened up about the Next Chapter in his life for his latest YouTube Originals documentary. The story continues after the record-breaking docuseries “Justin Bieber: Seasons” and provides viewers an exclusive look at the last eight months of Bieber’s life during this unprecedented time of uncertainty.

Earlier in the year, Justin Bieber appeared on Ariana Grande’s “Stuck With U.” In February, Bieber served as the musical guest on SNL’s RuPaul-hosted episode, with the singer then performing his Changes tracks “Yummy” and “Intentions.”