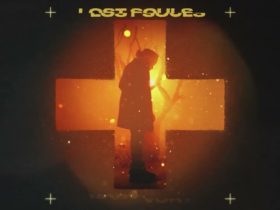 English singer, songwriter, & leader of the Merseybeat band Gerry and the Pacemakers, Gerry Marsden has died at the age of 78. Marsden died following a short illness stemming from a heart infection.

Yesterday (January 3rd), Marsden’s friend Pete Price confirmed the news via social media and wrote that “It’s with a very heavy heart after speaking to the family that I have to tell you the Legendary Gerry Marsden MBE after a short illness which was an infection in his heart has sadly passed away. Sending all the love in the world to Pauline and his family. You’ll Never Walk Alone”

He was the younger brother of fellow band member Freddie Marsden. Gerry and the Pacemakers were the second most successful group from Liverpool, after The Beatles, to have hit on the United States pop charts. Their 1965 musical film Ferry Cross the Mersey was co-written by Coronation Street creator and writer Tony Warren.

In 2020, during the COVID-19 pandemic, he released a version of You’ll Never Walk Alone, in tribute to the National Health Service. In 1993 Marsden published his autobiography, I’ll Never Walk Alone, co-written with former Melody Maker editor Ray Coleman. In 1996, he recorded a song Red White and Blue, with England Supports Club, for the Euro 96 album England’s Glory.

Paul McCarteny wrote, “Gerry was a mate from our early days in Liverpool. He and his group were our biggest rivals on the local scene. His unforgettable performances of ‘You’ll Never Walk Alone’ and ‘Ferry Cross the Mersey’ remain in many people’s hearts as reminders of a joyful time in British music. My sympathies go to his wife Pauline and family. See ya, Gerry. I’ll always remember you with a smile. – Paul”