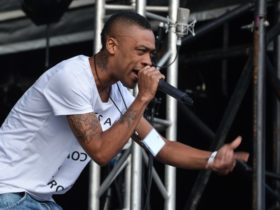 Electronic Musical artist, Slow Magic has unleashed his fourth album, “It’s The End Of The World, But It’s Ok.” Listen to the full album below.

The album, “It’s The End Of The World, But It’s Ok” features 12 brand new tracks including, (Begin_), All I Need, Closer 2 U, Breathless, Heartbeat/Helicopter, Carry On, Somewhere, *, Home, Wild, Bleed, & (end_). Slow Magic has collaborated with the most talented artists to complete this beautiful project including Manila Killa, RUNN, Paperwhite, Women in Hiatus, and Mariya Stoeva.

Slow Magic said, “This album is a collection of songs that I worked on over the last few years that mean a lot to me. The concept and title started as an optimistic twist on a sci-fi apocalypse, but over this past year, the meaning of the album has evolved as 2020 has shown us that sometimes, it truly feels like the end of the world. The idea that there is always light in the darkness rings true, and these songs, while not written for the current events of the world, can hopefully help you find solace and optimism even when things seem out of control.”